Your browser (Internet Explorer {{browserVersion}}) is out of date. It has known security flaws and may not display all the features of this and other websites.
Update my browser
Discover

Petra, a city carved into red desert cliffs, where temples chiselled in honour of deities still stand after 2000 years. Over the border in Jerusalem, one of the world’s oldest cities remains a significant holy site to disciples of Christianity, Judaism and Islam. Journey to a holy land where civilisations were formed and holy scriptures written. This journey is reserved for just 24 guests. 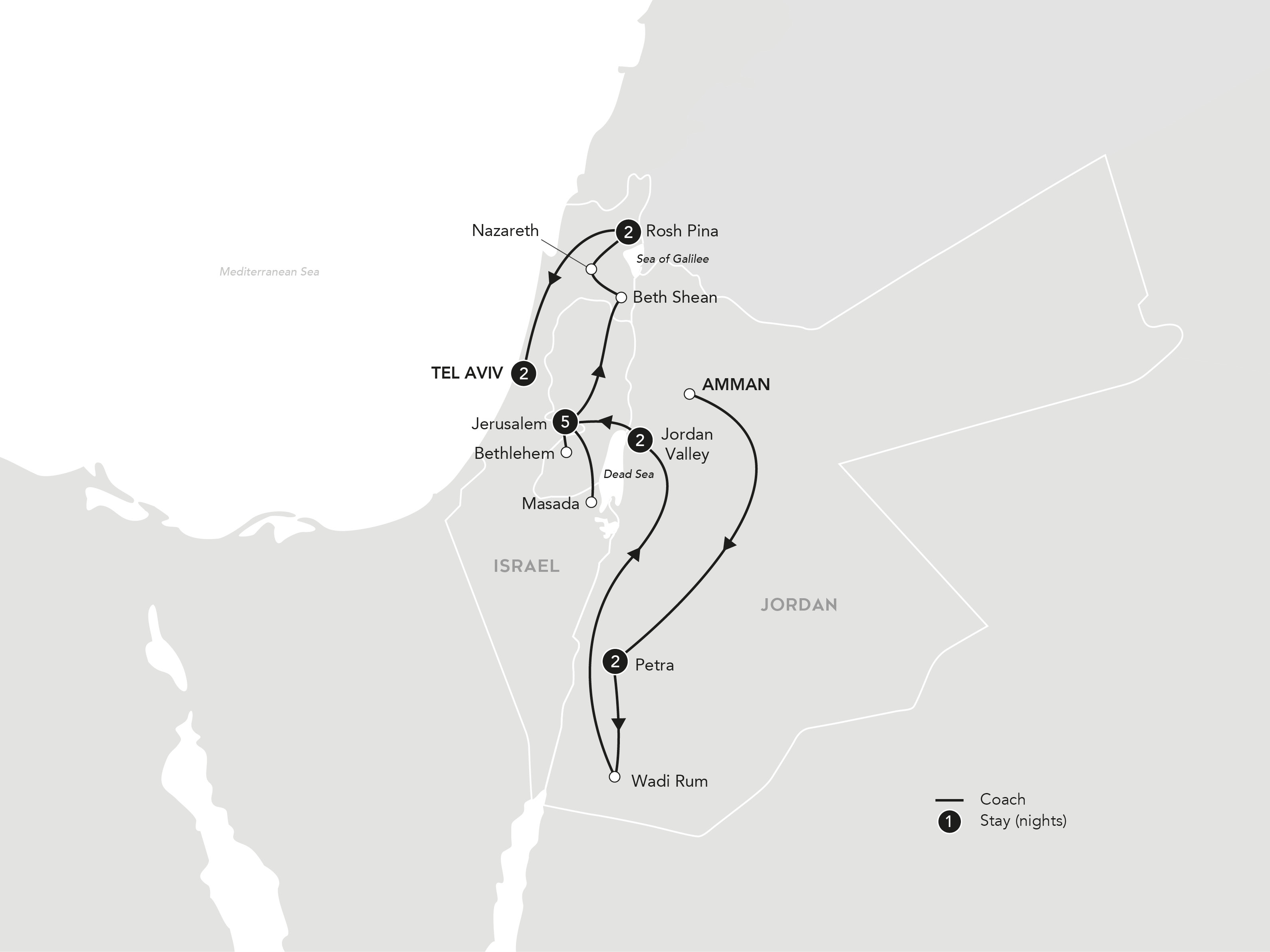 Through the lightning-bolt-shaped entrance of the Siq, discover the iconic Treasury façade and beyond, where more than 800 tombs have been sculpted into red stone.

Visit some of the most significant holy sites during your five-night stay in Jerusalem. Behold Temple Mount, the site at which Judaism, Christianity and Islam converge. See the Western Wall, as well as the Room of the Last Supper.

As part of a convoy of 4x4 vehicles, we make tracks across the sands of Wadi Rum, following the undulating terrain and stopping to admire ancient Nabataean rock inscriptions.

Float in the Dead Sea

Retain your buoyancy courtesy of the water’s off-the-charts saline levels. Your experience in the Dead Sea is akin to an astronaut drifting into outer space.

Round Out Your Journey in Vibrant Tel Aviv

The beaches of Tel Aviv make for an inspired backdrop to our time in this lively city. Dine on the city’s finest culinary creations, stroll along the boardwalk of historic Jaffa and delight in the bounty of gourmet treats at Sarona Market.

Residences of the Highest Standard

Moments away from the entrance of Petra, the Mövenpick Resort Petra offers elegant Middle Eastern style through its use of natural stone and handcrafted wood. Lay your head down as night falls, knowing that just in the distance, one of the New Seven Wonders of the World awaits.

Perched on a mountainous ledge, the Petra Marriott Hotel overlooks the dramatic valley and sandstone cliffs of the ‘Rose Red City’ of Petra. These staggering views continue, whether you’re in the lobby, the restaurant or your Deluxe Guest Room.

The Kempinski Hotel Ishtar Dead Sea welcomes you to the lowest place on Earth. The hotel rests on the shores of the Dead Sea, and with private access to the water’s edge, you’re able to take a dip away from the crowds.

As our stay in the holy city is extensive, we’ve secured the highest level of comfort and attention to detail. A major landmark in a truly unique city, the King David Hotel is afforded one of the finest locations in Jerusalem, watching over the vast Old City’s glittering domes.

Looking out to the Golan Heights and the Sea of Galilee, the Mizpe Hayamim offers a tranquil escape. Surrounded by forests and majestic gardens, as well as an organic farm, orchards and flowing streams, it’s an ideal place to sit amid the pristine nature and absorb the serenity.

Our journey concludes at The Jaffa, an opulent property within walking distance of the Mediterranean’s warm waters. Occupying a restored and historic 19th-century building, the hotel combines its authentic heritage with contemporary design. A short walk brings you to the local marketplace, brimming with bars, bakeries and boutiques.

add to your experience with a pre tour option

Complement your journey throughout Jordan and Israel with a 10-day pre-tour exploration of Saudi Arabia on our Desert Sands & Monuments of Saudi Arabia journey, departing 27 September or 4 October 2023. At the conclusion of your Saudi Arabian journey, join a private vehicle transfer from Tabuk to Petra, taking approximately three hours. Your driver will assist with the formalities of crossing the border into Jordan.

As our feet touch down on Middle Eastern lands, we’re whisked to the Lost City. Cherish two nights at the Mövenpick Resort Petra, where the magnificent metropolis lies just moments away. As if created by a bolt of lightning, the Siq’s dramatic walls provoke anticipation. Mere footsteps away, the Treasury, Petra’s famous facade, awaits. Further within these ancient walls, see the Street of Facades, Royal Tombs, Pharaoh’s Castle and the Monastery.

We travel to the monumental Great Rift Valley, where a cable car delivers us to the desert fortress of Masada. Back in Jerusalem, we visit the Garden of Gethsemane, travel along the Via Dolorosa, also known as the Way of Sorrows, to the Church of the Holy Sepulchre and Garden Tomb. Presented with a biblical menu at The Eucalyptus restaurant, we savour traditional Israeli flavours with a twist before a sound and light show.

Today we visit the main museum, the Avenue of the Righteous and the Children’s Memorial at Yad Vashem. Taking a step further back in time at the Israel Museum, discover a range of archaeological finds, including the Dead Sea Scrolls. After lunch, venture to Bethlehem. Become immersed in history and spirituality as we explore the sites of Manger Square and the Church of the Nativity, as well as the monasteries of the Shepherd’s Fields.

This morning, we travel to the hilltop fortress of Masada. Boarding a cable car, we reach the ancient ruins, which were the site of the final Jewish revolt against the Romans. Surrounded on all sides by the Judean Desert, we’re afforded remarkable views of the vast and undulating landscape, with the Dead Sea in the middle distance. While making our return to Jerusalem, we stop to visit the Garden Tomb, said to be the location of Christ’s final resting place. At dinner this evening, we raise a glass to our wonderful day.

Stepping lightly on hallowed ground, where gnarled branches bear bitter fruits, we visit the Garden of Gethsemane, near the foot of the Mount of Olives. This is known as one of the places Jesus frequented with his disciples. Later this morning, enter the walled Old City of Jerusalem before travelling along the Via Dolorosa, also known as the Way of Sorrows. Upon arrival, we visit the Church of the Holy Sepulchre.

Conquered by Egyptians, claimed by Romans and captured by Arabs, Beth Shean has quite a story. Together, we walk the path of pharaohs, kings and caliphs, uncovering the remnants of this ancient city. Later, Israel’s Middle Eastern charm is on display in its largest Arab city, Nazareth. While here, perhaps take the opportunity to submerge yourself in the Jordan River at Yardenit, where it is believed that Jesus was baptised. St Peter’s fish, caught fresh from the Sea of Galilee, tantalises our palates during an exquisite lunch affair. Continue directly to the source, as we sail upon the famous sea, before making our way to the Spa Hotel Mizpe Hayamim.

Take in vistas of Tabgha, Capernaum and the Mount of Beatitudes, where it is said that Jesus delivered his most famous teachings. We take pause at Golan Heights, born from volcanic eruptions millions of years ago. Journey east and the woodlands of Banias Nature Reserve are soon before us. We climb the volcanic cone of Mt Bental for breathtaking views.

Deviating to the deep blue waters of Tel Aviv, a cable car ride takes us past the beautiful grottos and caves of Rosh Hanikra. Our journey continues to Akko and the Bahai Gardens, and lunch is served before a tour of ancient Caesarea. Afterwards, we choose from a range of restaurants for dinner. Retire this evening at The Jaffa, a luxurious hotel in the heart of this historic port city.

We begin our day with a visit to the Ayalon Institute. Now a museum, the site was a secret ammunitions factory during the 1940s. This activity was part of a larger effort on the part of the Jewish people, as they rallied against the British mandate in their fight for Israel’s independence. A short drive brings us to Sarona Market, Tel Aviv’s largest indoor culinary market. Inside, we find copious amounts of restaurants, fresh food stalls and outlets dedicated to all manner of sweets. Weary with the abundance of choice on offer, we pause here for lunch.

Nearby, we find the Palmach Museum. The Palmach was the military defence force of the Jewish Yishuv and Zionist movement prior to the establishment of the State of Israel. The museum covers this legacy through a series of exhibitions and archives, as well as a moving memorial. We round out our day of exploration strolling through the seaside town of Jaffa, its vibrant boardwalk resplendent as the sun begins to set. This evening, we dine in our hotel’s airy courtyard, which we find gracefully adorned with an abundance of greenery.

Enjoy a final breakfast before we are escorted to the airport, our journey now at an end.

A group of just 24 guests will enjoy an immersion into fascinating realms, from the beguiling Red Sea coast to the staggering rock-cut monuments of AlUla.
Find Out More 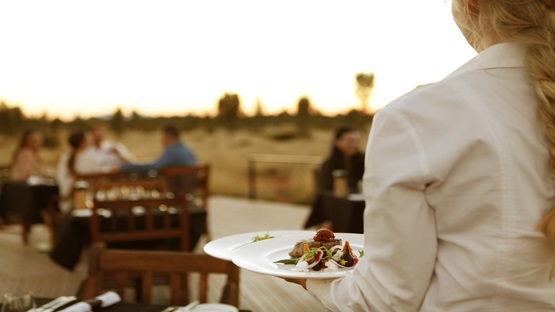 Curating journeys for over 25 years, we know that sometimes travelling can be a chore. Enjoy each enriching experience, knowing we have considered every last detail.
Find Out More 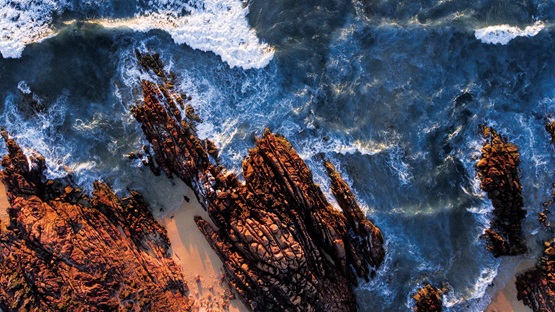 Learn about our new booking conditions and additional measures we are taking throughout our journeys.
Find Out More