Go Behind The Scenes On Exclusive Visits In Moscow

Peel back the stage curtains at the Bolshoi, explore a WWII bunker, visit the Kremlin’s Armoury before opening hours and enjoy a private choir performance at St Basil’s Cathedral. Enjoy revealing, unrivalled experiences.

Fabled Samarkand By Day And By Night

Capital of the feared Mongol empire, Samarkand’s beauty is entrancing. Its heart is Registan Square, which is luminous at sunset when its madrassas are floodlit; its soul is Bibi Khanum Mosque and Ulan Beg observatory.

UNESCO funded Bukhara’s renewal in 1999, its 2500th anniversary. This long, often bloody history is revealed in The Ark, the residence of the despotic Emirs, and their summer residence, the Palace of Moon-like Stars.

Discover Treasures Within The Walls Of Ancient Khiva

Situated at the crossroads of four great trade routes, the city of Khiva emerges from the desert like a mirage. We walk through its dreamlike streets to discover timeless mosques, bazaars, madrassas and minarets.

Located steps from the heart of the Russian capital, Red Square and the Kremlin, the Four Seasons is a bold reimagining of the 1930s-era Hotel Moskva. It features a glass-enclosed lap pool adjoining Moscow’s largest spa.

A grand rolling home from which to enjoy ever-changing scenery, the Golden Eagle will transport us to rarely visited places in supreme comfort, with the lavish Bar Lounge Car as our regular gathering place.

A warm welcome at the opulent Four Seasons Moscow, located merely steps from Red Square and the Kremlin, eases us into our stay in the Russian capital before we begin our exploration of the Silk Route. A Champagne drinks reception precedes a lavish Welcome Dinner, giving us a chance to meet the travellers who will share our rail adventure.

The treasures of the Kremlin Armoury – gold and silverware, arms from the 12th to 19th century, ornate royal carriages – are ours to view on a private visit. We see Red Square and visit St Basil’s Cathedral for a private choir performance before Russian art is revealed at the Tretyakov Gallery. An excursion to Sergiev Posad, the Orthodox Church’s spiritual home, precedes a choice of Your World experiences – theatre lovers go behind the scenes at the Bolshoi, while history buffs descend into a World War II bunker. We transfer to the Golden Eagle and settle into life on board.

Many of space exploration’s seminal events took place in a remote city on the Kazakh steppe – Sputnik, the first man-made satellite; Laika the dog, the first living thing to orbit Earth, and Yuri Gagarin, the first human in space, were launched from Baikonur. Kokand’s location at the crossroads of two trade routes ensured its role as a transport junction, and its status as the home of one of the three great Uzbek khanates guaranteed its position of influence. We visit the richly-tiled fortress palace of Khudayar Khan and its museum.

Today we border-hop into Kyrgystan to explore the pilgrimage city of Osh, with a choice from a walk that takes in Soviet-era mosaics, murals and public art, or a traditional bread-making class. Back in Uzbekistan, our next destination is ancient Andizhan, birthplace of Babur, who established the Mughal empire in south Asia. We visit the fine Jami madrassa and mosque before heading to Margilan, renowned for its silk production.

No name speaks more of the cultural and architectural glories of the Silk Road than Samarkand. Our day here is filled with exquisite experiences, from visits to the beautifully proportioned Bibi-Khanym Mosque and Ulugh Beg Observatory, one of the earliest Islamic astronomical observatories, dating from 1428, to the radiant beauty of Registan Square and its madrassas as they are illuminated at the approach of night.

A massive statue of 14th-century Mongol conqueror Amir Timur stands guard before his palace, symbolic of the influence this warrior maintains over the city of his birth. Timur’s palace took a quarter of a century to build, and is adorned with mosaics and Qu’ranic calligraphy. In the Tajik capital we view Kohi Navruz Palace, whose extravagant, lavishly decorated internal halls belie the original plan to build a teahouse. Each hall tries to outdo the next in a riot of ornamentation. In a nod to its past, we take tea and local treats within its walls.

Bukhara’s dreamlike beauty awaits. Sympathetically restored with UNESCO funds, its ancient mosques, madrassas and minarets soar. Our visit to the Ark, the fortified residence of the Emirs of Bukhara, reveals secrets of the city’s long history, while the Palace of the Moon-like Stars, the last Emir’s summer residence, is an evocation of Eastern and Western influences. Weather permitting, we have a barbecue dinner on the railway station platform.

Our viewing of one of the five walled cities of the largely unrestored ancient oasis of Merv stands in fascinating counterpoint to many places we’ve visited. Merv once rivalled Samarkand and Bukhara, and in the 12th century was briefly the world’s largest city. And we judge if Ashgabat deserves its title as ‘Las Vegas of the Kara Kum’. Like Vegas, it emerges dramatically in neon glory from a vast desert and is filled with over-the-top architecture, notably great swathes of dazzling white marble. We explore the city, highlighted by visits to the grandiose National Museum and Kipchak Mosque.

We explore ancient Khiva, one of the Silk Road’s most important trading posts. It lay at the crossroads of caravan routes from Mongolia, Russia, China and Persia, and its beauty and air of mystery remain spellbinding. The Uzbek capital, Tashkent, is an intriguing jumble of architecture – modern, Soviet-era and ancient – mainly due to rebuilding after a devastating 1966 earthquake. The Hast Imam library is one of its most unassuming buildings, but is home to the world’s oldest Qu’ran, dating to the 7th century.

Bishkek’s Soviet heritage is evident in the somewhat forbidding Ala-Too Square, which we visit en route to a stroll through the city’s verdant parks. They feature statues of Marx and Engels and a memorial to Red Guards killed in a 1918 revolt. Then we delve deep into the past at Lake Issyk-Kul, viewing petroglyphs dating from the Bronze Age, before a thrilling display of eagle hunting, a 4000-year-old Kyrgyz nomadic tradition.

We farewell the Golden Eagle and explore Almaty’s green heart, Panfilov Park, and the gelati-coloured Zenkhov Cathedral, built entirely of wood – including the nails. An excursion to Chimbulak ski resort for a cable car ride reveals a stunning panorama of Almaty and its enveloping mountains. We toast our Silk Road journey with a grand Farewell Dinner at the InterContinental Almaty Hotel.

An early start this morning as we are transferred to Almaty Airport to connect with our international flights. Breakfast will be served on board the flights.

To reserve your place, please complete the form below, call 1800 622 628 or email guestrelations@captainschoice.com.au. 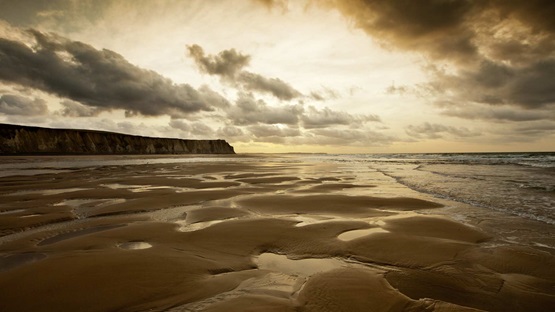 The London Blitz & The Anzac Trail

A poignant trip through World War sites in England, France and Belgium, leavened by a stay in Paris, the City of Light.