Petra, a city carved into red cliffs, where temples chiselled in honour of deities stand after 2,000 years. Over the border in Jerusalem, one of the world’s oldest cities remains a significant holy site to Christianity, Judaism and Islam. Journey to a holy land where civilisations were formed and holy scriptures were written. 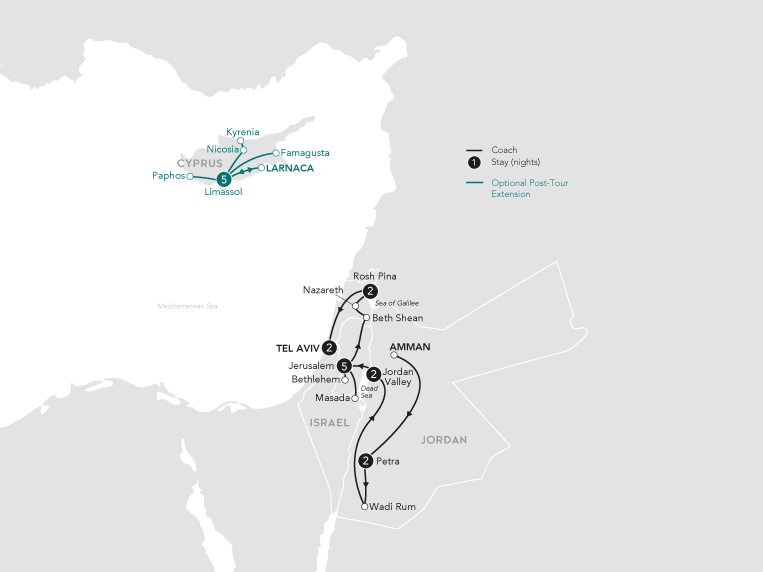 Our dinner simmers underground in earth ovens at a traditional Bedouin Zarb gathering. Once finished, the smoky aromas are released into the night and we feast on spiced meat and vegetables, while sipping on sweet tea.

Through the lightning bolt Siq, discover the iconic Treasury facade and beyond, where more than 800 tombs have been sculpted into red stone.

Aboard our convoy of Jeeps, we make tracks across the sand of Wadi Rum, following the undulating terrain and stopping en route at the ancient Nabataean rock inscriptions.

We follow the path of pilgrims to the biblical birthplace of Jesus, immersing ourselves in some of the world’s most historical and spiritual sites, from Manger Square to the Church of the Nativity.

RESIDENCES OF THE HIGHEST STANDARD

Moments from the entrance of Petra, the Mövenpick Resort Petra offers elegant Middle Eastern style through its use of natural stone and handcrafted wood. In the distance, one of the New Seven Wonders of the World awaits.

Welcome to the lowest place on Earth. Each room is but a stone’s throw away from the vast salty waters of the Dead Sea. And with private access from the hotel, take a dip in the buoyant waters away from the crowds.

As our stay in the holy city is extensive, we’ve secured the highest level of comfort. King David Hotel is afforded one of the finest locations in Jerusalem, watching over the vast Old City’s glittering domes.

Looking out to the Golan Heights and the Sea of Galilee, the Mizpe Hayamim offers a tranquil escape surrounded by forests and majestic gardens, as well as an organic farm, orchards and flowing streams.

As our feet touch down on Middle Eastern lands, we’re whisked to the Lost City. Cherish two nights at the Mövenpick Resort Petra, where the magnificent metropolis lies just moments away. As if created by a bolt of lightning, the Siq’s dramatic walls provoke anticipation. Mere footsteps away, the Treasury, Petra’s famous facade, awaits. Further within these ancient walls, see the Street of Facades, Royal Tombs, Pharaoh’s Castle and the Monastery.

We travel to the monumental Great Rift Valley, where a cable car delivers us to the desert fortress of Masada. Back in Jerusalem, we visit the Garden of Gethsemane, travel along the Via Dolorosa, also known as the Way of Sorrows, to the Church of the Holy Sepulchre and Garden Tomb. Presented with a biblical menu at The Eucalyptus restaurant, we savour traditional Israeli flavours with a twist before a sound and light show.

Add to your experience with a post tour option

Touching down in Larnaca, we are taken to lively Limassol, and the independently owned Four Seasons Hotel. Over the coming five nights, this residence, ideally situated for our plans, will serve as the perfect base for discovery.

We explore the island’s capital of Nicosia before travelling further north. Divided since Turkish forces invaded the north in 1974, a green line still exists as a border between the north and south. We cross over to the harbour town of Kyrenia en route to the beautiful 12th-century Bellapais Abbey. Nestled at the foot of the Besparmak Mountains, this monastic masterpiece will charm you with Italian frescos and coastline views.

Explore the old market and medieval castle where it is said that Richard the Lionheart married Berengaria of Navarre before crowning her the Queen of England in 1191. Visit the site of Kourion and visit the theatre and House of Eustolious. At the Omodhos village, visit the Monastery of the Holy Cross. It is here the skull of Apostle Philip and the remains of 26 saints are said to reside.

Stroll along the palm-lined promenade of Larnaca to the Byzantine Church of St Lazarus. At Famagusta, we learn about the 12th-century Kingdom of Salamis while wandering amid crumbling colonnades. Pass by the ghost city of Varosha. Abandoned by man and reclaimed by nature, Varosha stands as an eerie reminder of Cyprus’ past.

The Roman mosaics found within Paphos’ House of Dionysus are truly remarkable – depictions of panther-drawn chariots and eagles carrying the weight of the moon decorate our vision. Travelling onwards to the St Neophytos Monastery and Tomb of the Kings, distinguished cultural masterpieces await. We also touch on Paphos’ harbour.

Return to the sunshine of Limassol, and take the morning slowly with a stroll in the sun or enjoy the fine amenities of our hotel. Later, we are whisked to Larnaca International Airport.

Enquire About This Journey

To enquire about reserving a place on this journey, please complete the form below, call 1800 622 628 or email guestrelations@captainschoice.com.au. 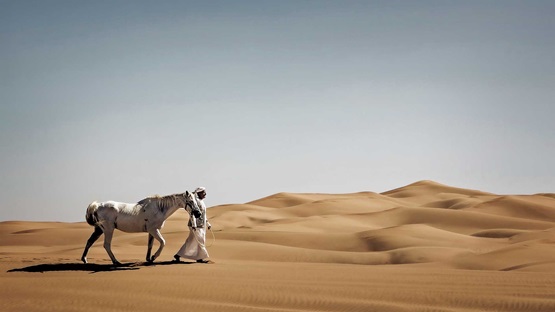 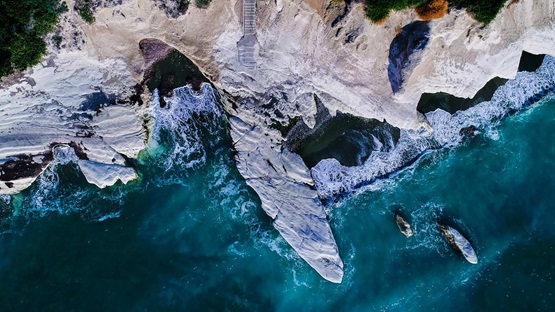